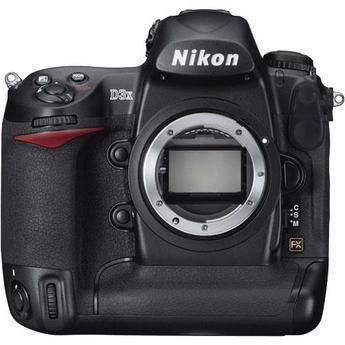 As you know Nikon fullframe cameras do use sensors made by Sony. (UPDATE: Nikon says their FF sensors do have a custom design but the D3X sensor and [shoplink 3032]A900[/shoplink] sensor are very similar in specs). And we always had the feeling that Sony isn’t seriously competing against the famous partner. But this could change soon! According to our sources Sony is testing different fullframe prototypes. And we know for sure that at least two FF cameras will be announced in 2012. One of the tested prototypes is a high resolution camera with built-in grip aimed to compete against the [shoplink 7471 ebay]Nikon D3X[/shoplink] and [shoplink 7472 ebay]Canon EOS-1Ds Mark III[/shoplink]. Sounds like Sony is really planing to enter the (High) PRO market! One of our sources told us the prototype is based on the new Translucent technology and has a very high resolution sensor (Close to 40 megapixel!). Please keep in mind that we are talking about prototypes so specs are not 100% definitive yet. But I will keep you updated with all the news I can get.

P.S.: I also have a question for my sources, will Nikon still have a “priority” on the new generation of Sony sensors or will Sony don’t give any advantage to Nikon anymore? Thanks!