In the past few weeks we posted many rumors and twe made a small summary for you. All rumors we are posting here are coming from us! Only time will proove you how good our sources are.

First, in January Sony will release following compact cameras: The DSC-TX7, DSC-W320, DSC-W330, DSC-W350, DSC-W360, DSC-W380, DSC-W390.
And there will be also the new DSC-HX5V!
Our sources told us that Sony already has working models of a new mirrorless compact camera system with interchangeable lenses. The Lens Mount is the “classic” Alpha mount.
And they also have a camera with pellicle sensor (Is it the A700 successor?)

Now we are going to list you the rumor we found elsewhere. They are not coming from us ok? So if the rumors are wrong do not blame us! ;)

Letsgodigital says we should expect a future Sony Alpha 3D camera. Photorumors found a new Sony â€œfoveon similarâ€ sensor tecnology patent. Again photorumors recieved a rumor saying that Sony A450 and Sony A800 are going to be unveiled in January. Inside the dpreview forum one user told us that New Sony Zeiss lenses will be announced soon.

Letsgodigital bets with an introduction of new Alpha 3D cameras in 2010:

“How the 3D technology will be integrated is not completely clear yet, but what is clear is that the next series Sony Alpha DSLR cameras will support 3D. Sony Alpha 3D, a new step in the direction of 3D DSLR photography?“ 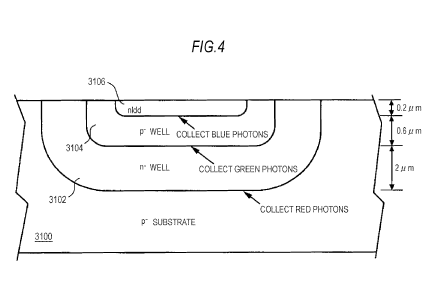 Patent application 20090303371 shows a new Sony CMOS sensor based on the Sigmas Foveon tecnology. That means that each pixel can capture RGB colors.

â€œAccordingly, in order to utilize the incident light amount efficiently as well as to prevent occurrence of false colors, a method of separating colors by forming plural photodiodes in a pixel in the depth direction of a substrate has been developed.â€

Early January Sony will unveil the DSC-HX5V. No specs are given zet but you can bet with us the camera is coming!

P.S.: That also explains the recent price drops of the Sony Cybershot DSC-HX1

One of our sources said that Sony has already a working model of the new APS-C mirrorless camera. A possible launche date could be March 2010. It will be a compact model a lÃ  .

We havn’t recieved any confirmations from other sources. So it’s just a simple rumors now, but we hope someone will respond to our post and confirm or deny the “rumor”

â€œToru Katsumoto, general director of the division of Sony Alpha SLR cameras, has confirmed in an interview with DC Watch that will substitute for the A700: â€œâ€¦ the product might be called the A700â€™s replacement will appear sooner or later.â€ but can not confirm when, because â€œwhen you think like a project can not promise that will appear next year.â€.

It also implies that there have been changes in the initial idea for â€œthe control of development trends while following the road map is always complicated,â€ which might suggest that they were surprised something (perhaps the video?) On full development and had to change their plans, something that is possible for the delay in the appearance of a substitute.â€

And with the DSC-S2100 we know have a full list of 7 new compact cameras which are going to be announced in January!